What does the data show about research performance?

The data shows that:

This data looks at the number of students completing doctoral degrees. Doctoral degrees include Doctor of Philosophy (PhD) degrees and other professional doctorates (such as a Doctor of Education) but excludes higher doctorates. Because of the long-term nature of these qualifications the data can sometimes be lumpy and show considerable variation between years.

The data shows that:

The PBRF Quality Evaluations assess the quality of research produced by participating tertiary education organisations via peer review. These assessments currently take place every six years, the latest of these took place in 2018. The results showed that in the universities:

The bibliometric data presented here uses articles and reviews published in indexed academic journals to look at the volume of research output by New Zealand universities, the rates of citation of this research, and rates of collaboration. Please refer to the Technical notes below for more information on the bibliometric measures and the caveats that apply to this form of data.

The bibliometric data showed that: 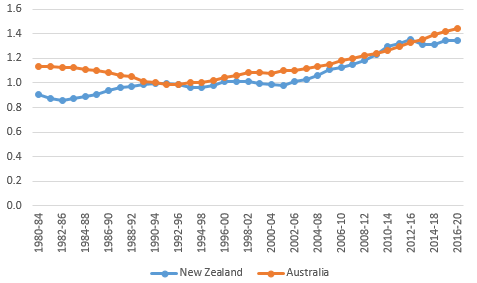 Note: A CNCI > 1 means the average rate of citation is above the world average.

What does the data show about research funding?

This funding includes money distributed via the PBRF, Centres of Research Excellence fund and Wānanga Capability Fund. The data shows that: 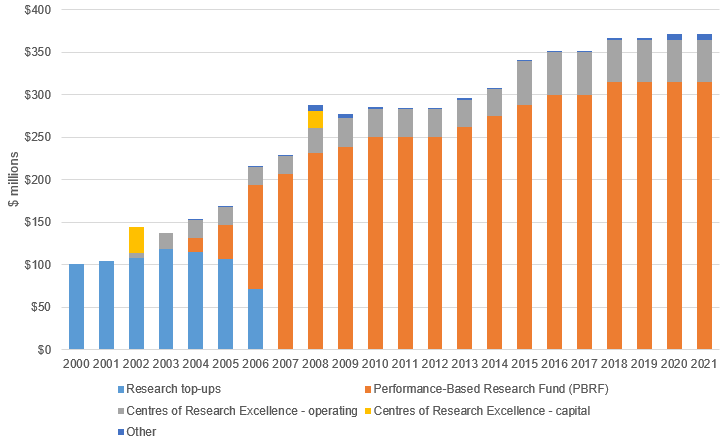 The Research and Development Survey also provides information on research and development expenditure by New Zealand universities. The data showed that:

Statistics relating to the nature and amount of research undertaken in tertiary education.