Proportion of 15-year-old students enrolled in school who obtain an early leaving exemption.

In order to achieve in education, students must be engaged and interested in learning.  For many students this means staying at school.  All schools face the constant challenge of ensuring that students feel they belong and are encouraged to participate.  This promotes motivation, interest and achievement in learning.

Enrolment in school is compulsory for all students aged between 6 and 16 years.  However, parents of 15-year-old students may apply to the Ministry of Education for an exemption from schooling on the basis of educational problems, conduct, or if the student may not benefit from attending available schools.  Parents are required to give details about training programmes or employment that the student would move on to in the event of an early leaving exemption being granted.

Young people who leave school without qualifications may have difficulty finding employment, may experience financial hardship from working in lower paid work and may face difficulties in terms of life-long learning. However, Youth Guarantee Fund initiatives improve the transition from school to work by providing a wider range of learning opportunities, making better use of the education network, and creating clear pathways from school to work and study. The Youth Guarantee Fund is part of a wider Youth Guarantee suite of initiatives that includes Vocational

Pathways and Secondary - Tertiary Programmes (such as Trades Academies). These initiatives provide opportunities for students to achieve a minimum of the National Certificate of Educational Achievement (NCEA) level 2 or equivalent, to enable progression to higher levels of study, training or employment.

There is a strong correlation between leaving school early and unemployment and/or lower incomes.  In New Zealand, recent data show that those with no qualifications have higher unemployment rates and lower median incomes when compared to those with school level qualifications. After tracking students for seven years after leaving school, those who achieved NCEA level 1 on average earned 15% less, and those with no achievement earned 51% less, than their peers who achieved NCEA level 2 (Scott, 2018).

In May 2007, the Ministry of Education strengthened its early leaving application and approval process in order to reduce the number of early leaving exemptions, and the associated social and economic disadvantages that face those students who leave school early.  The process involved: 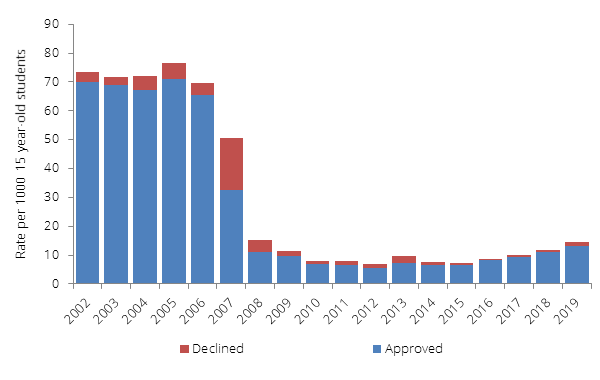 A training provider course1 continued to be the most common destination for a 15-year-old student who received an early leaving exemption, with the majority (85%) of early leavers choosing this pathway in 2019. A further 8% of students who received exemptions enrolling in polytechnics2, with 7% going into full time employment. 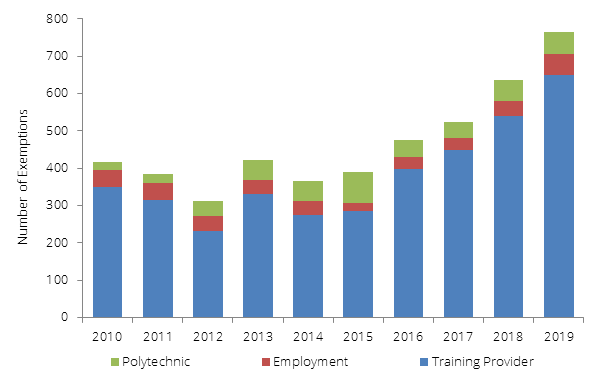 In 2009 and 2010 there were reductions in early leaving exemptions for all ethnic groups, however since 2015 early leaving exemption rates for Māori, European/Pākehā, and Pacific students have been increasing, and these rates in 2019 are even higher than those of 2008. Compared to 2008, the increase in 2019 was highest for Pacific students with an increase of 42%, a 28% increase for European/Pākehā students, and 10% for Māori students. 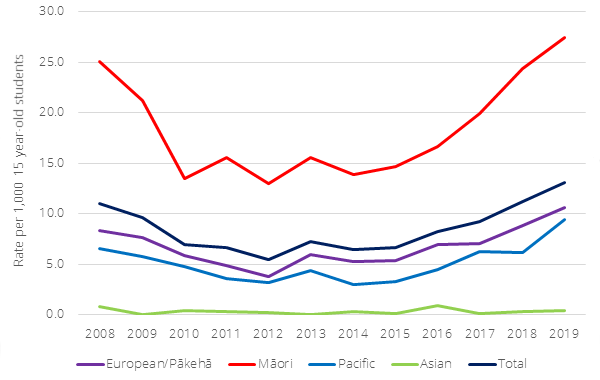 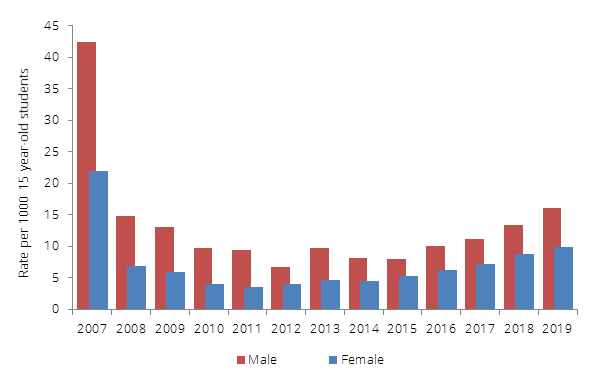 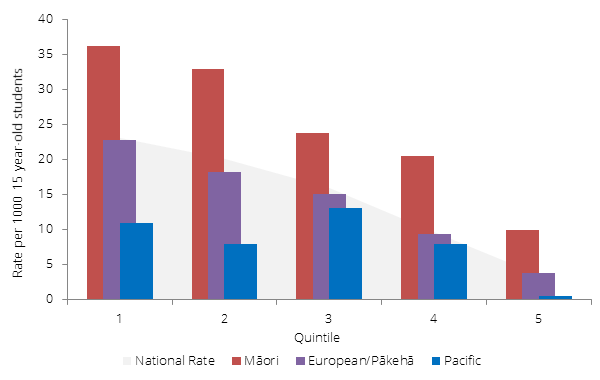 Evidence about what works for this indicator can be found in:

The Youth Guarantee initiative aims to provide learners with more choices, ways and places to achieve NCEA L2 or equivalent. More information can be found at: